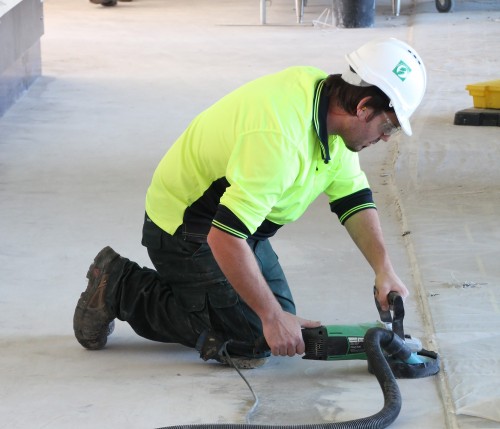 Our industry is evolving into a profession and having a recognised trade qualification is the first big step. Below is a copy of the press release that was sent out this week to update the industry on recent progress:


On July 11th, a Technical Advisory Committee (TAC) formed by Innovation and Business Skills Australia (IBSA) held its first meeting in Melbourne to begin planning for the addition of a resin flooring stream to the current Cert III in Flooring Technology.

When completed in July 2018, a recognised trade course and apprenticeship for resin flooring contractors will be available through SkillsTech and other suitable Registered Training Organisations (RTO).

This initiative was started by Real World Epoxies Managing Director Jack Josephsen, who contacted the Queensland State Minister for Education and Training in January 2014, frustrated with the lack of training options for his industry.

Now a member of the TAC, Jack is excited to see such a critical milestone reached. "I’m rapt to finally see major developments coming through. It’s been a long time in the making and there’s a lot to get done before July, but having a formal qualification is so important for professionalising our industry.”

He also views Australia as just the tip of the iceberg for resin flooring trade qualifications, and has set up the Resin Flooring Network website (www.resinflooring.network) with the aim of having a similar impact on the international stage. "I think we have a wonderful opportunity to build a united industry on a global level, rather than have splintered organisations trying to set up standalone entities from scratch,” he added.

With such significant change happening in our industry, it’s critical that we’re all prepared. I’ll be following up early next week with a very important survey to get your thoughts on this announcement and what it means for your business.